At CrossFit Lifted, we are committed to seeing you achieve your goals and passionate about helping you along the way. Whether you want to get stronger, lose weight, or run a marathon for the first time, each of our talented and knowledgable coaches will seek out ways to help you exceed your own expectations and live a positive, healthy lifestyle! 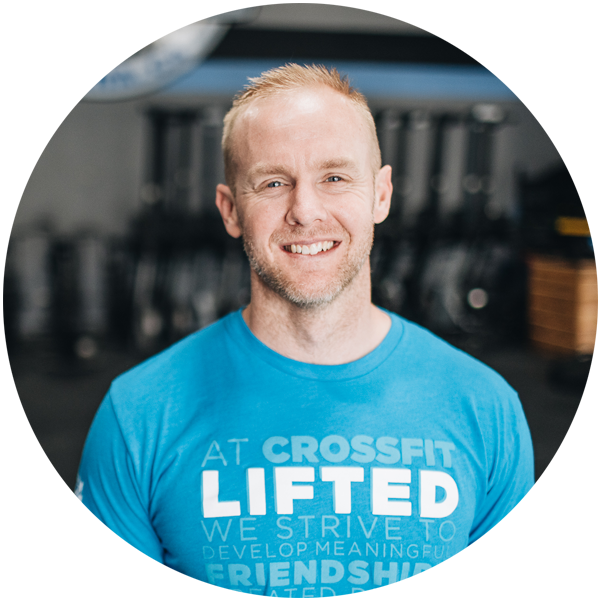 Joey became involved with CrossFit® in early 2011. After his first CrossFit workout, he became instantly addicted, and over the next several months, he worked to become proficient at as many movements as he could. In December of 2011, Joey became a CrossFit Level 1 coach and began participating in several local CrossFit competitions. Joey soon began to teach classes from his backyard, which quickly evolved into a full-fledged gym being run out of his garage, with over 40 members. He now strives to create a community based on health, fitness, and teamwork.

Joey and his wonderful wife, Irma, have three amazing and beautiful children. His passion for teaching and making people fit would not be possible without their constant love and support.

Joey’s favorite color is pink, so if you ever catch him not wearing it, call him out and it’s 10 burpees on the spot! But if you’re wrong, it’s 20 burpees for you instead!

If you’re not ready for a group class, or you’re looking for one-on-one attention, we offer personal training with one of our talented coaches to help you reach your goals. Contact us today and let us help you get started on your fitness journey!

At CrossFit Lifted, we strive to develop meaningful friendships created during hard work and a support system that stems well beyond the four walls of our gym.